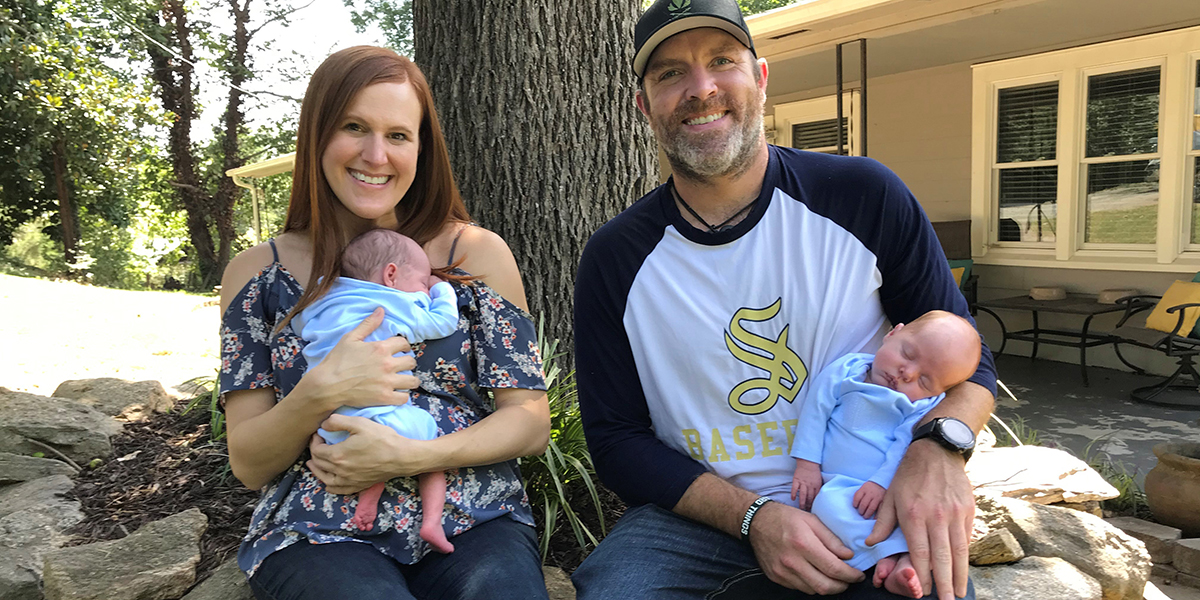 Nettie and Donovan Brooks with their twin baby boys. The family spent their first days in the NICU at Spartanburg Medical Center.

Twins “eating and growing” after stay in NICU and PICU

Things happened quickly on July 30 for the Brooks family.

Nettie was 35 weeks pregnant with twin boys. She felt fine when she went in for a routine checkup. But her OB/GYN noticed some abnormalities and sent her to the Spartanburg Medical Center for observation and further tests.

Her doctor at the hospital diagnosed her with HELLP Syndrome, a life-threatening condition that would require an emergency cesarean section.

Nettie called her husband, Donovan, and said, “You need to come to hospital – we’re going to have our babies.”

Meanwhile, Nettie was recovering from surgery.

When he entered the NICU for the first time, Donovan said he was initially scared.

“William and Parker were hooked up to machines,” he said. “I realized there was absolutely nothing I could do. I felt powerless.”

It would be two days before Nettie could visit her babies.

“When I first went down there [to the NICU], it seemed a little uninviting, because it’s dark, and there are so many machines, and you don’t know what to expect,” she said. “But once you’re there only a few minutes, they do everything they can to make it comfortable.”

It was a whirlwind for Nettie and Donovan. They expected to have another four weeks to prepare. Suddenly, they were new parents to twins needing intensive medical care.

As Nettie recovered from surgery, the staff in both the maternity unit and the NICU were incredible.

“They made an extremely stressful situation so much better,” Nettie said.

In addition to providing around-the-clock care for William and Parker, the NICU nurses were also there to support the first-time parents.

“They taught us helpful feeding tricks and showed us how to change the boys’ diapers,” Nettie said.

“I’m competitive, so I wanted to beat her at changing diapers,” said Donovan, smiling at his wife.

“Yeah,” Nettie said, “Donovan jumped right in. He was a champion NICU dad.”

Nettie and Donovan, who are both educators, spent as much time as they could in the NICU. Still, Nettie said, “It was hard when I was discharged and they weren’t coming home with us. That was really tough.”

But William and Parker gained strength steadily during their two-week stay in the NICU and an additional week in the Pediatric Intensive Care Unit (PICU). The family is all home together now, and the twins are eating and growing.

Foundation support for NICU and PICU

The Spartanburg Regional Foundation raises money in support of the NICU and PICU. Donations support educational and training programs for staff as well as specialized equipment that benefits infants as they develop.

“This additional support helps our NICU and PICU programs to stay on the leading edge of innovation, and we are really grateful for the donors who make it possible,” said Hope Garcia, director of women’s and children’s services at Spartanburg Medical Center.

Having two newborns in the hospital was a difficult experience for Nettie and Donovan. But they remain grateful for the care their sons received and were impressed by the compassion and professionalism of the staff.

“The level of competence in that place and how kind everybody is – they were fantastic,” Donovan said.

Make a donation to the NICU or PICU at https://www.regionalfoundation.com/ways-give/families. 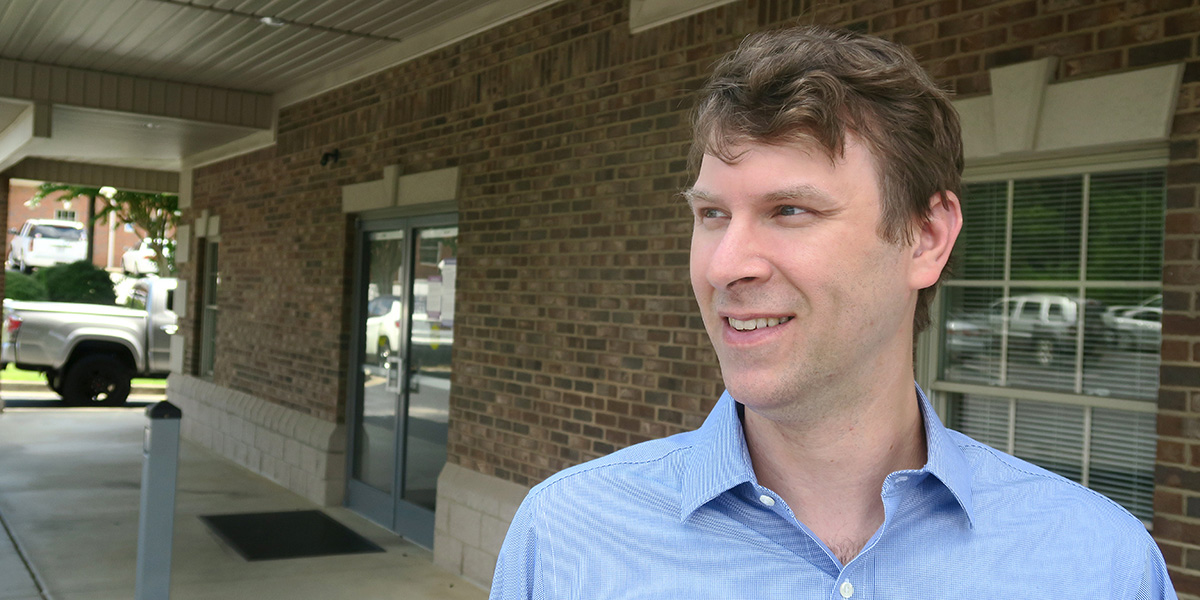 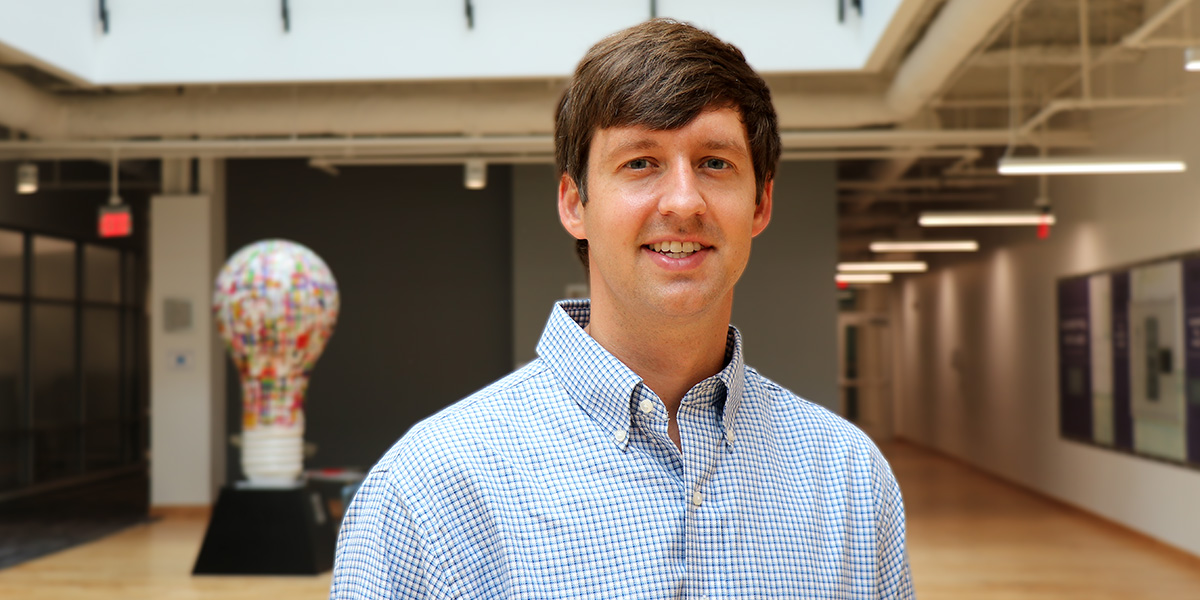 'There's nothing like it': MacDonell loves being an orthopaedic surgeon
October 8, 2020 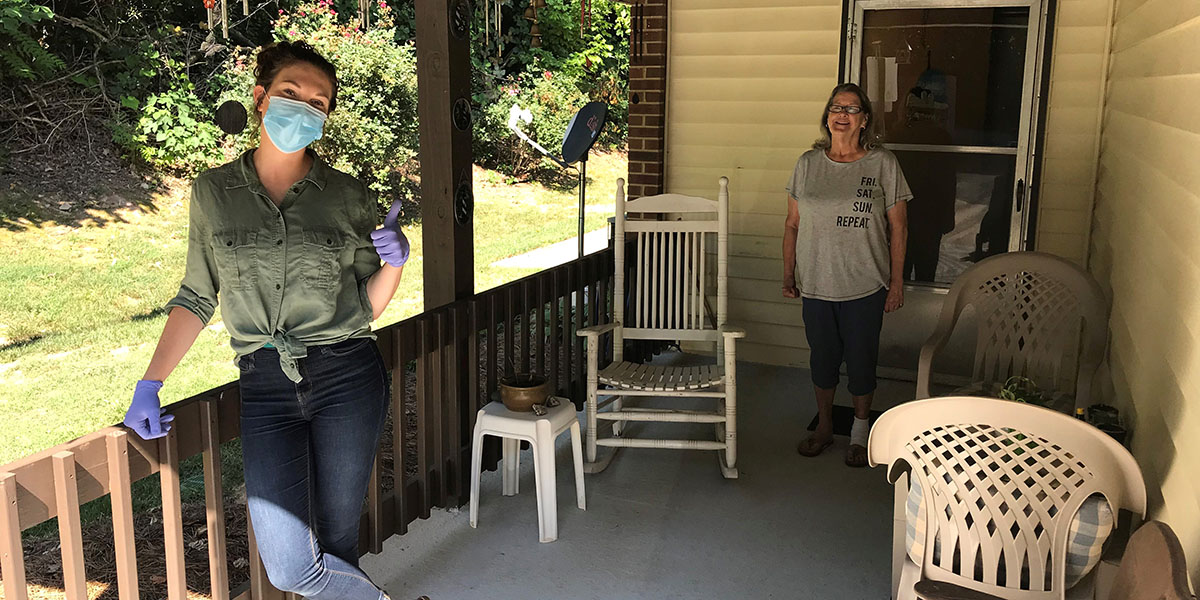 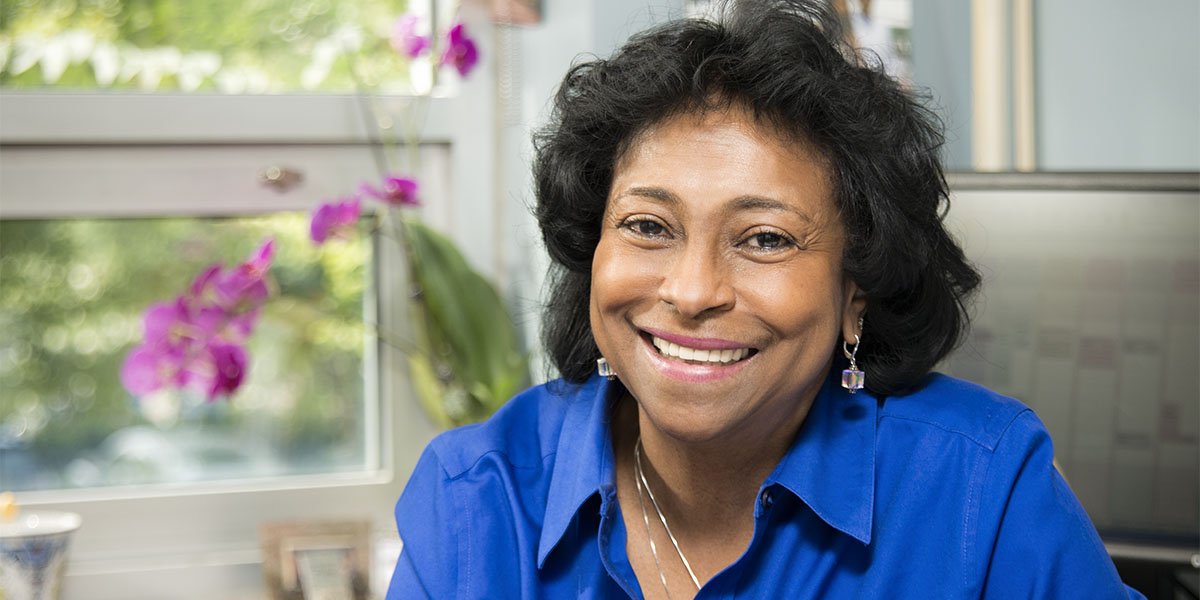