He was always “Mr. Boone” to those who worked for him. Never Charlie.

The mere mention of his name draws hushed tones from anyone who worked for him, and with him. And while “Mr. Boone” has many major accomplishments to his name, most hospital employees remember him for the respect he showed and the day-to-day strength he exhibited.

Charles C. Boone, the former Spartanburg Regional Medical Center president who led the charge for improved healthcare in the Upstate for more than three decades, died Saturday, April 21, 2018, a patient of the hospice he helped start.

“Our hospital system earns awards regularly, and is constantly building and growing,” Bruce Holstien, president of Spartanburg Regional Healthcare System, said. “But none of what we do today would be possible had Charlie Boone not positioned us for success.”

Under Boone's tenure, the hospital opened a cardiac catheterization lab and performed its first open heart surgery, laid the groundwork for expanded cancer services that would later become the Gibbs Cancer Center & Research Institute, built the Montgomery patient tower and opened the surgery wing that bears his name.

Under his guidance, Spartanburg General grew from a hospital. It became Spartanburg Regional Medical Center.

And through it all, Boone's leadership skills made their mark on everyone who worked with him.

Boone hired Jennings in 1980, a tenure that lasted 29 years. Jennings described Boone as a precise leader with exacting standards.

“When you had a project that you wanted to present to Mr. Boone, you had better have your marbles right,” Jennings said. “You'd better know the exact cost, you better know the difference between total construction and total project costs, and if you don't, you're dead.”

“'I'll take that under advisement,' he would say,'” Feemster said. “I started using that with my children. I still do.”

Feemster described Boone as a man with patience, who trusted the people around him to get the work done.

“He set the bar high for us, and he made it achievable at the same time,” Feemster said. “He expected nothing but the best from you.”

Joyce Littlefield first started at Spartanburg General Hospital in 1957, and during her career she has been director of psychology and leader of staff development.

“I felt like Mr. Boone was always such a patient advocate,” Littlefield said. “He never backed down on anything we requested, if he could say this is better for the patient.”

From Duke to Spartanburg

Charlie Boone wasn't looking for a job when he came to visit Spartanburg General Hospital in late 1965. At the time, Boone was chief operating officer of Duke University Hospital, and he had no interest in leaving.

“I loved the university,” Boone, who had attended undergraduate and graduate school at Duke, said during a 2017 interview.

The hospital board, looking to move past a revolving door of administrators, had brought Boone in as a consultant. After his visit, Boone wrote then-board chairman Tommy Thompson a memo outlining several recommendations.

“I wrote him a memo and he called me two days later and said, ‘We accept your offer,'” Boone said. “I said, ‘Tommy, that wasn't an offer. That was what you need.'”

Still, Spartanburg offered a certain allure to Boone, so he sought advice from the head of the Duke Endowment at the time, Marshall Pickens.

“I think you're absolutely crazy to consider it,'” Boone recalls Pickens saying. “But I sure wish you would. The place has got potential. We'll do everything we can to help you.'”

The hospital he took over was “a disaster.”

“They couldn't buy medical supplies except C.O.D. (cash on delivery),” Boone said. “It was financially a bust.”

The building needed a lot of work. “There were no ceiling tiles,” Boone said. “Pipes were exposed in the corridors.”

The new president's first steps were made to stabilize the hospital financially. He brought in new fiscal leadership and raised the room rates from $21 to $28 a night.

“We raised everything,” Boone said. “They said we were going to get run out of town, and I said, ‘Well, we'll find a new place to live if we do.'”

Spartanburg General became approved for Medicare in 1966, and the hospital began using computers in 1968.

In 1970, Spartanburg General became the first hospital in South Carolina to be approved for physician residency by the American Board of Family Practice.

Spartanburg General faced another crisis in the 1960s. The longtime nursing school it housed had become a relic, as nursing education was shifting to the university setting across the U.S.

But nursing education was part of Spartanburg's heritage, and Boone worked with Tommy Thompson to get a local college to start a program.

“They all said it was just too expensive a program,” Boone said.

So, they met with Tom Jones, then-president of the University of South Carolina. The only way USC would run a nursing program in Spartanburg, he said, was if they opened up a branch of the university system here.

So that's what Boone and Thompson decided to do. They brought together a committee to explore the option.

“The idea took off,” Boone said. “It really took off.”

Not without some grumbling and initial resistance, however. It took G.B. Hodge, MD, to rally leadership around the idea.

“G.B. Hodge stood up, and he said, ‘What's the matter with you people?'” Boone said. “He said, ‘Here's an opportunity and y'all are talking about what we should have or what we used to have.'”

The board voted unanimously to support a local branch of the University of South Carolina; the medical staff supported the move, and the county council delegation formed a commission on higher education.

It still trains nurses, both at the undergraduate and the graduate level.

Social changes dominated the conversation in the late 1960s and early 1970 – especially desegregation. Boone described how proud he was of Spartanburg General Hospital during that time.

“We had a lot of change that people had to do, and they did it,” Boone said.

Boone remembers how the hospital's semi-private rooms caused some concern during desegregation.

“We had a man going into a semi-private room that had an African American in it,” Boone said. “Man said, ‘I'm not going in that room, nurse.' So they finally called me. I said, ‘You can find another hospital, because you're not going to be admitted here unless you go where you're assigned.'”

Boone said he never had the situation come up again. “I guess the word got out,” Boone said.

From hospital to system

The 1980s brought more changes … this time from an industry standpoint.

“We built the first outpatient building in the state of South Carolina,” Boone said.

Spartanburg General opened a surgery wing and named it for Boone; it opened a new psychiatry unit, a 17-bed ICU and the Emory B. Brock Radiation Oncology Treatment Center, the forerunner of Gibbs Cancer Center & Research Institute.

And after two decades of growth, the “disaster” that Boone first took charge of was so much more than Spartanburg General Hospital.

“We weren't a hospital anymore,” Boone said. “We were a hospital system.”

Boone's list of accomplishments were so long that, when interviewed last year, he said, “I don't want to bore you with all the sordid details.”

There's the foundation he helped start, along with Robert A. Hartley, Sidney Fulmer, MD, and a group that became known as “The Founders.” Today, the Spartanburg Regional Foundation has invested more than $50 million in the community.

There's the emergency medical service that Spartanburg General took over in 1983 – a “mess” that was named 1989 National Paramedic System of the Year.

“All it needed was management,” Boone said. “We hired the best guy we could ever hire in Jimmy Greene.”

There's the heart center that started as a catheterization lab. The hospital that performed its first open heart surgery in 1981 is regularly recognized today as one of the nation's best.

There's the opening of the $33 million Rose and Walter Montgomery Patient Tower, and the establishment of the Spartanburg Hospital for Restorative Care.

Lela Greer worked for the hospital system for three decades, and as a nurse was instrumental in the development of the modern emergency department.

When Boone retired in 1995, Greer offered a poem and remarks to commemorate the hospital president's service. She, too, remembered the number of times that Boone used the phrase “I'll take that under advisement.”

Greer described Boone as both “patient and patient-centered.”

“I always felt secure, like nothing would happen that he couldn't handle as long as he was at the helm,” Greer said in 1995. “That was a good feeling.”

For the rest of his life, Boone maintained an office at Spartanburg Regional. He didn't interfere with those who came after, though.

“I didn't volunteer anything after I retired,” Boone said. “I tried to keep my mouth shut.”

Boone was known for inspiring trust, according to Bill James, Jr., MD, vice chairman of the Spartanburg Regional Board of Trustees.

"Charlie Boone did something rare in the complicated political world of health care,” James said. “He established and consistently maintained a culture of respect and cooperation with city and county councils, our state delegation, media, and the man on the street,” James said.

Spartanburg's city council recognized Boone in late 2017, when they voted unanimously to approve the honorary renaming of Amie Street next to the hospital to Charles C. Boone Drive.

“During his time as president, Charlie Boone positioned the healthcare system as a leader in quality and innovative health care,” Phil Feisal, Spartanburg Medical Center president, said at the renaming ceremony. “His hard work extended outside of the walls of the hospital. He connected with the community to make sure that needs were met.”

A passion for hospice

Boone was passionate about beginning a hospice program in Spartanburg.

“There weren't many hospices in this country and in this state when we first started talking about it,” Boone said. “I was just determined that we were going to have one.”

They consulted with experts from England, where hospice began. When the local program started, it was the only inpatient hospice in South Carolina for years.

“So I love the hospice program.”

It is fitting, then, that when Boone died, he did so in the care of Spartanburg Regional Hospice.

1970: Creation of medical education (first hospital in S.C. approved by the American Board of Family Practice for a residency)

1972: Opening of a cardiac catheterization lab

1972: Opening of a $3.5 million ambulatory care, education and administration building

1982: Opening of a new psychiatry unit, the Emory B. Brock Radiation Oncology Treatment Center and a 17-bed ICU 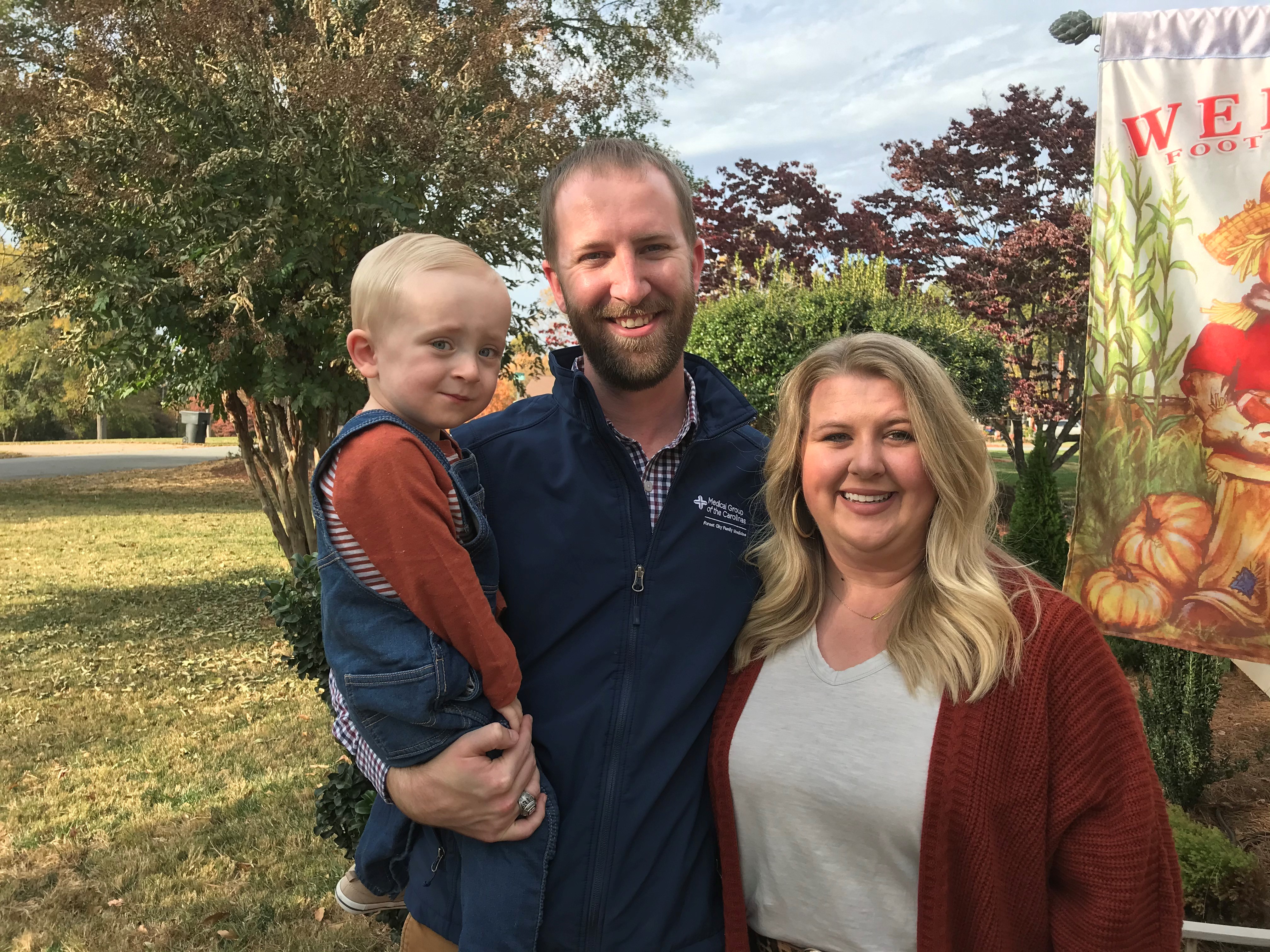 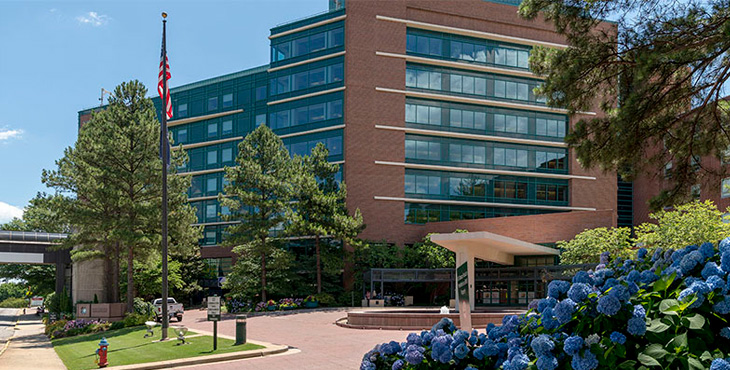 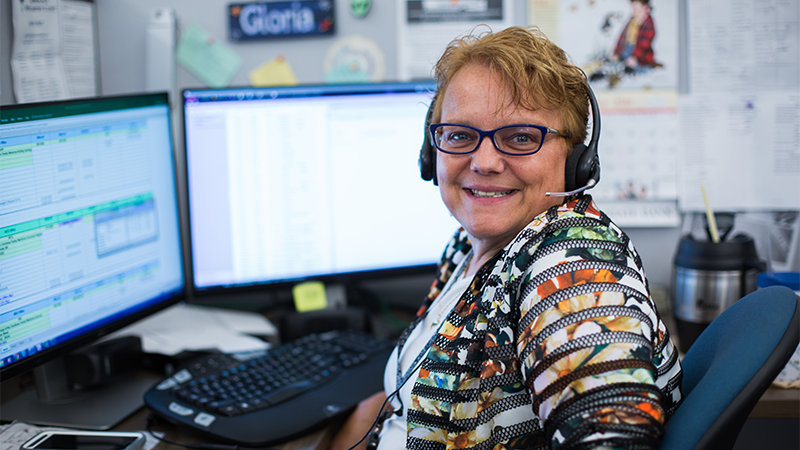